A small drop of red liquid blossoms into dark clouds in a little glass dish on 168th Street. Just like that, new hope is born for the thousands of sufferers of pulmonary fibrosis and respiratory tract infections. In a paper published in Nature Cell Biology, Columbia University Medical Center (CUMC) recently announced its latest achievement: miniature lung organoids created from stem cells, which can be used to model various fatal lung diseases. Led by Professor Hans-Willem Snoeck, the team at CUMC has succeeded in creating petri dish organoids ( in vitro tissue cultures meant to model properties of an organ) that structurally and functionally mimic select features of the human lung — all starting from a single stem cell.

Stem cells are found in parts of the body, like bone marrow, and are undifferentiated cells that are not specialized for a particular function. Unlike most other cells in the body, they have the ability to transform into any cell and perform any function. Depending on the conditions in vitro, these stem cells can be transformed into practically any organ. Though they were discovered just three decades ago, stem cells have revolutionized microbiology with their vast potential in disease treatments, organ transplants, cloning and, as in the case of the lung organoids, modeling human diseases.

Currently, stem cells are being used to treat a variety of diseases, one of which is leukemia. In this treatment, the bone marrow of the patient is replaced by stem cells from the bone marrow of a healthy donor. If the transplant is successful, these stem cells produce healthy white blood cells to replace the cancerous cells. While this therapy focuses on directly transplanting stem cells to treat diseases, the lung organoids highlight another important use of stem cells: creating accurate models to study diseases and their potential cures. While lung organoids are not meant to replace unhealthy lungs in patients, they provide a prototype that can be infected with viruses, observed for adverse reactions, and then used to test drugs.

These organoids are the first of their kind to have the branching airway and alveolar structures found in human lungs. Their similarity was further evidenced by the reaction of these organoids when infected with respiratory syncytial virus (RSV), a virus that infects thousands of children each year. When infected with this virus, the organoids demonstrated swelling and shedding of infected cells into the organoid lumen, or cavity), which is exactly how a human lung reacts to RSV. Furthermore, when mutated gene HPS (the cause of pulmonary lung fibrosis,) was introduced in the organoids, there was an accumulation of extracellular matrix and mesenchymal cells , which is again how a human lung would react. These tests of infection with diseases proved that these organoids were similar to human lungs in terms of both structure and function. 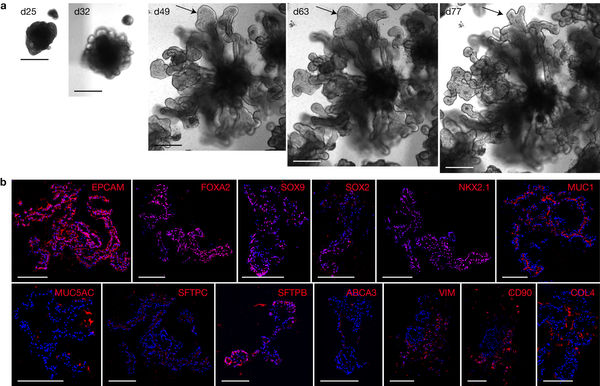 Figure 1:  Bright-field images of the development of the lung organoid

Though these lung organoids are some of the most sophisticated and accurate models of their kind, they are by no means the only human organoids created. Over the past few years, scientists around the globe have been trying to create an “organoid bank” — a repository of all human organoids created. As of late 2017, these include miniature kidneys, livers, stomachs, pituitary glands, intestines, pancreas and even brains! Of course, these models aren’t perfect; they often look nothing like the human organ, and may only mimic parts of the real organ’s functionality. Nonetheless, they serve as promising tools to study their human counterparts, and scientists are continuing to improve their accuracy.

The significance of breakthroughs like this cannot be emphasized enough. By removing the necessity of observing actual human lungs to study the development of the disease, these organoids not only speed up the process of drug development and treatment, but also reduce the necessity of human trials. Scientists hope to eventually have similar models for all important organs in the body, which will greatly enhance our understanding of how each part of the body works in a healthy state, as well as how different pathogens disrupt this normal functioning. These models thereby provide an ethical method of conducting such experiments (since we obviously cannot knowingly infect human beings with these pathogens, nor remove their lungs to study them in a lab), which accelerates the rate at which scientists can discover more about the diseases. All things considered, these mini lungs may have a giant impact on not only stem cell research, but human health as a whole.
Tanvi is a freshman in Columbia College intending to major in Mathematics.  She is a staff writer for the Columbia Science Review.